A Barrel of Bots

[Edit: moment gallery, and the twitter bots are no longer active.]

This text is about my various twitter bots. But more importantly it is about how I work, and some realizations I have made recently.

To me bots are mostly just characterized by the fact that they run as an independent process. That is, I don't manually execute the program, then wait for the result. As such they are useful because they are a way to see many images over periods of time. After all, this can be useful when it comes to generative art. Even if you can often control the output to a large extent, some results—and some configurations—are inevitably better than others. Having a bot output new results at regular intervals can be a reasonably practical way of eventually getting some good results from an algorithm. 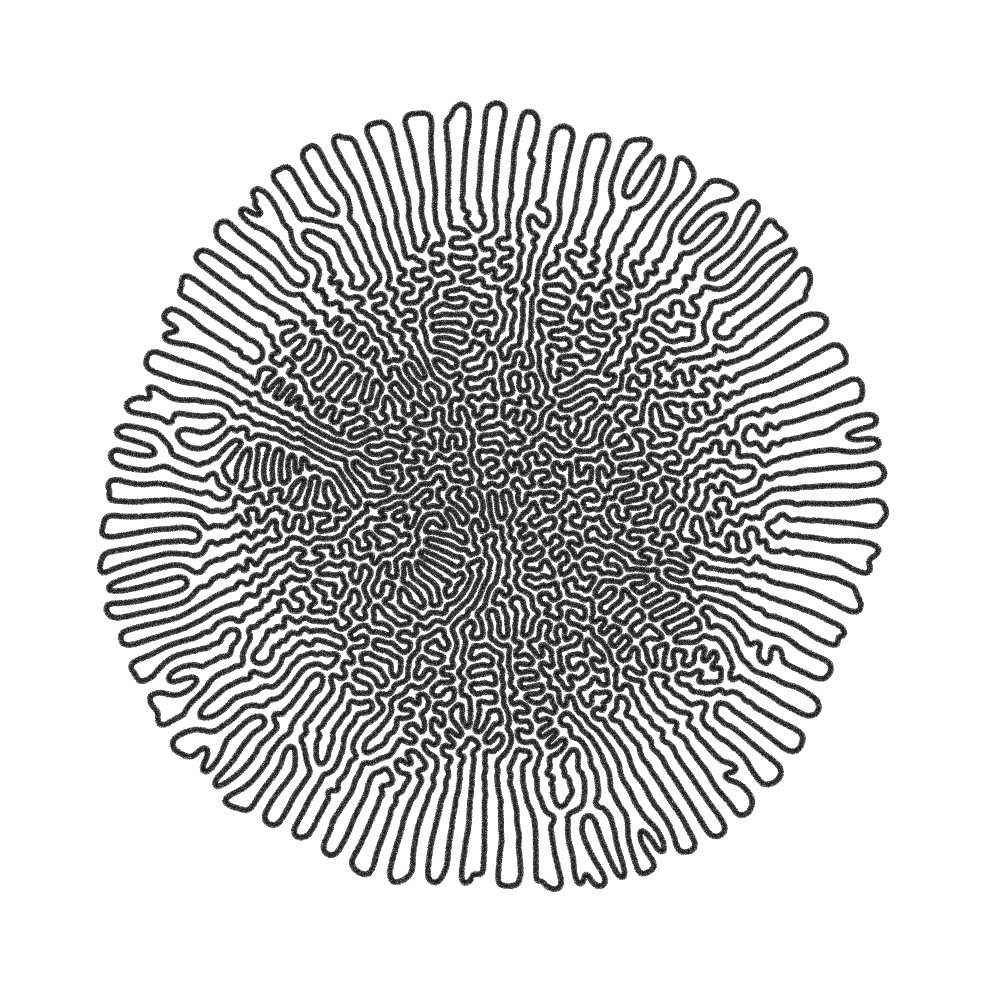 I don't quite remember why I decided to start making twitter bots. However, a contributing factor was probably @mothgenerator. Inspired by this, I remember wanting to make a bot that generated different kinds of lichen. For some reason I never really got around to that. Instead I made a bot from most of my generative algorithms work at the time.

I named it @generativebot. The @generativebot is in some sense a summary of all my generative work up until late 2016. It generates images based on almost all the algorithms mentioned in my essay On Generative Algorithms. It is also the first twitter bot I ever made. 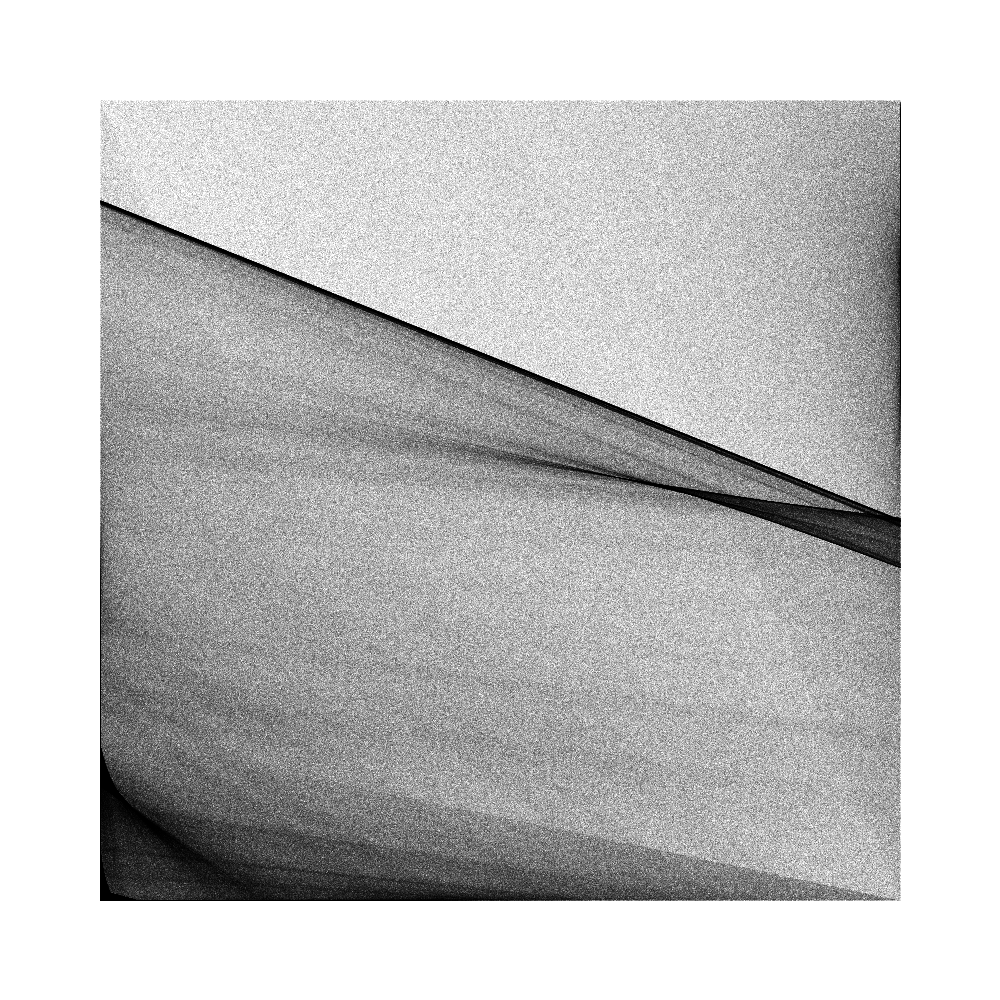 Late in 2016 I also started feeling like my work had stagnated a little. At the time I had no real explanation for this. My inspiration and interest in spending time on this rather time-consuming project has varied previously as well. So it was not really that surprising.

I have gradually come to realize that part of the reason why I was not content with my work was what I hinted at in Some Thoughts on Generative Art: I was studying mathematics (and physics) when I started working with generative algorithms. As such I, more or less consciously, felt obliged to model some kind of real phenomenon. This is in some ways a nice limitation, and a good source of inspiration. It is also a somewhat arbitrary limitation.

To some extent I think this realization was beginning to dawn on me after having made Sand Spline, and the walkers in Shepherding Random Numbers. These still utilize randomness similar to what can be found multiple places. (Notably, the walkers behave similarly to Brownian Motion.) However, I use the behaviour more as a tool, and less as a target. This difference might be subtle, but I have come to think it is important.

Because I was starting to feel a little tired with my work I decided it was a good time to learn a new programming language. Since I have been wanting to learn a functional language for a while I chose Common Lisp. At the very least I figured learning a new language could give me a different view of things. In addition I had some hopes that Lisp could offer interesting possibilities related to code generation.

So far my experience with Lisp can be seen through @sandpaintbot. Most of these sketches are based on a few simple—sometimes quite geometrically strict—rules. In addition I use the same kind of technique as in Sand Spline to get the nice sand-like texture. In many ways these sketches are similar to my previous work. They are a little different in that I have been more concious that I am not really aiming for a particular natural phenomenon. 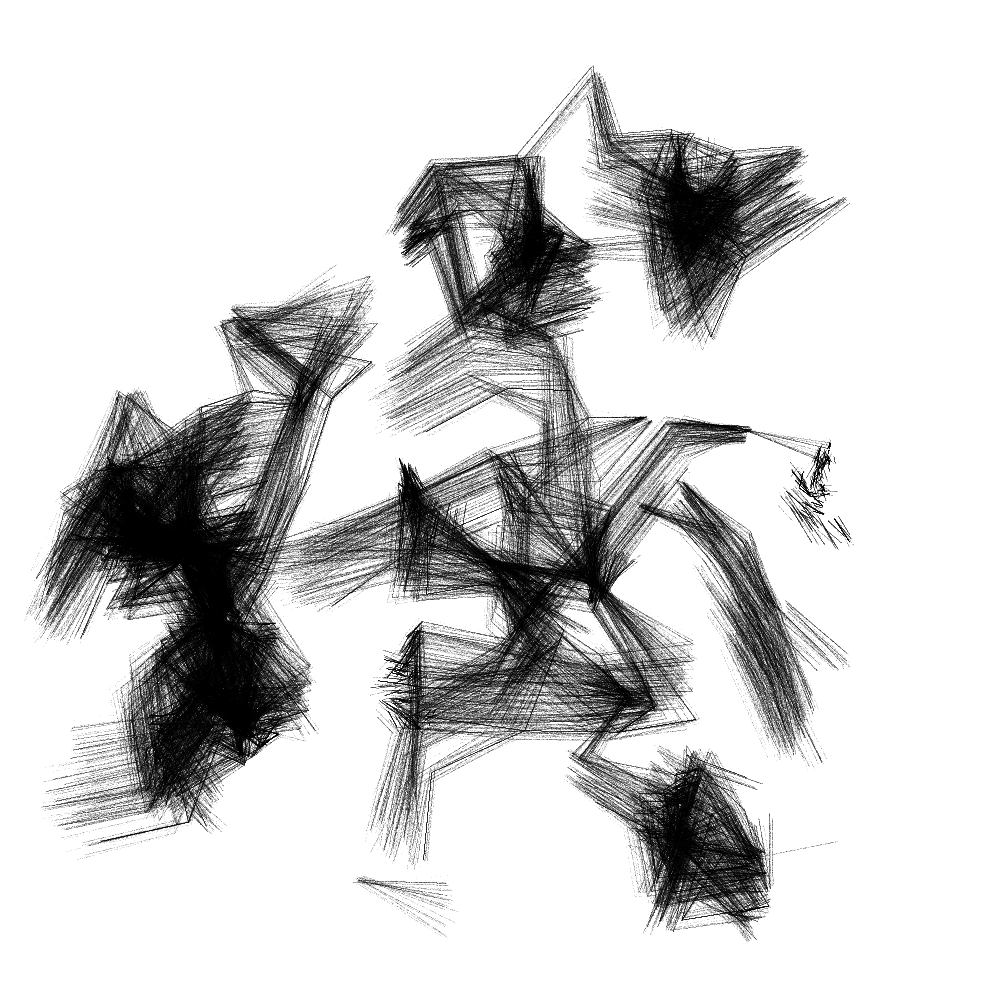 A man with a funny hat walking his goat?
Drawing by @scratchpaintbot

My next bot, which is called @scratchpaintbot, evolved while I was working on the @sandpaintbot. And as these things often go, it was mostly an accident. I know this because when I tried to reimplement the behaviour at a later time, it turned out I did not understand what was happening at all.

Having said that, this bot is in many ways one of the most interesting pieces of code I have ever written. Not because it is terribly complex or sophisticated—it is not—but because it is able to produce a wide range of interesting shapes. These shapes frequently look like actual things. Granted, it is mostly reminiscent of rudimentary drawings of people or animals. But it is still capable of surprising me more frequently than any other piece of code I have written so far.

At some point I hope to be able to train this bot to gradually produce better, or more interesting images, but I haven't quite gotten around to doing that yet. 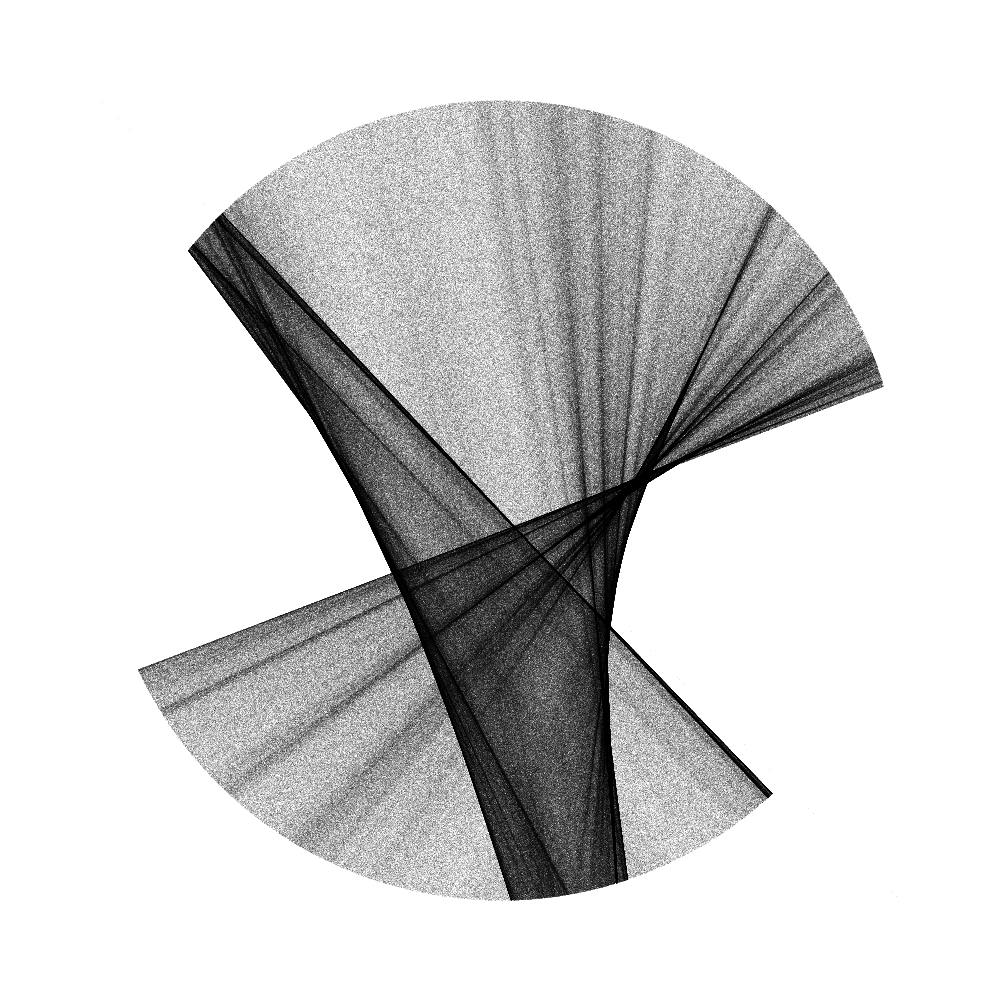 Drawing from the Moment Gallery

Finally I will mention one more bot I have made recently. Since I basically consider a bot to be a process that independently does something, I see no reason why the Moment Gallery is not really just another kind of bot. The gallery produces a new image approximately every minute, and posts it on the site. This happens regardless of whether anyone is currently on the site. This means that when an image is replaced, it is gone "forever".

This makes Moment Gallery a gallery you have to experience through time, not space. Which is something I have not really considered before.