A Tangle of Webs 3D

In the previous post I described an algorithm for generating web-like structure in two dimensions. It is possible to extend this to 3D with a few relatively simple changes.

When generating the web structure in 2D we use intersections along a line to place new edges. This has the benefit of avoiding edges that cross each other. In 3D, however, we can't expect a randomly placed line within the domain to hit any of the existing edges. 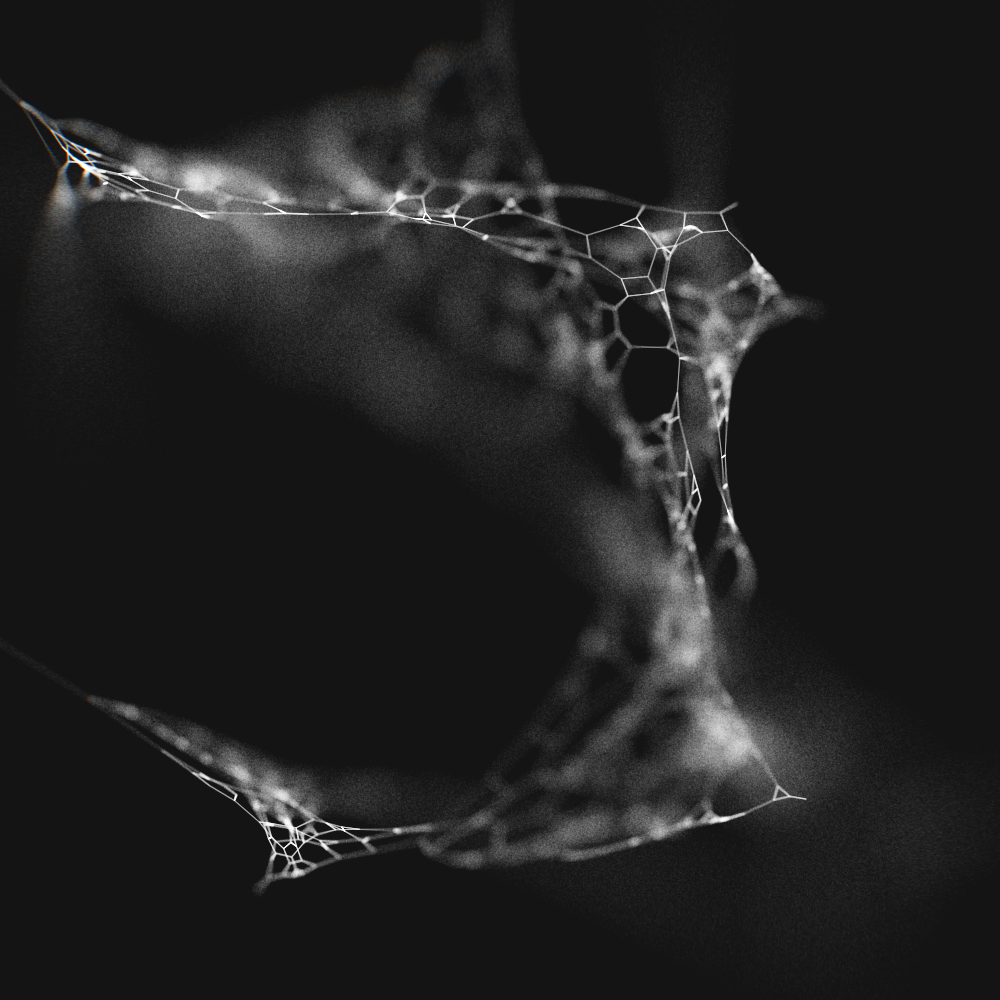 To get around this, we use random planes instead. A 3D plane can be represented with a coordinate, p and a normal vector n. The new version of the algorithm to add new edges is the following: 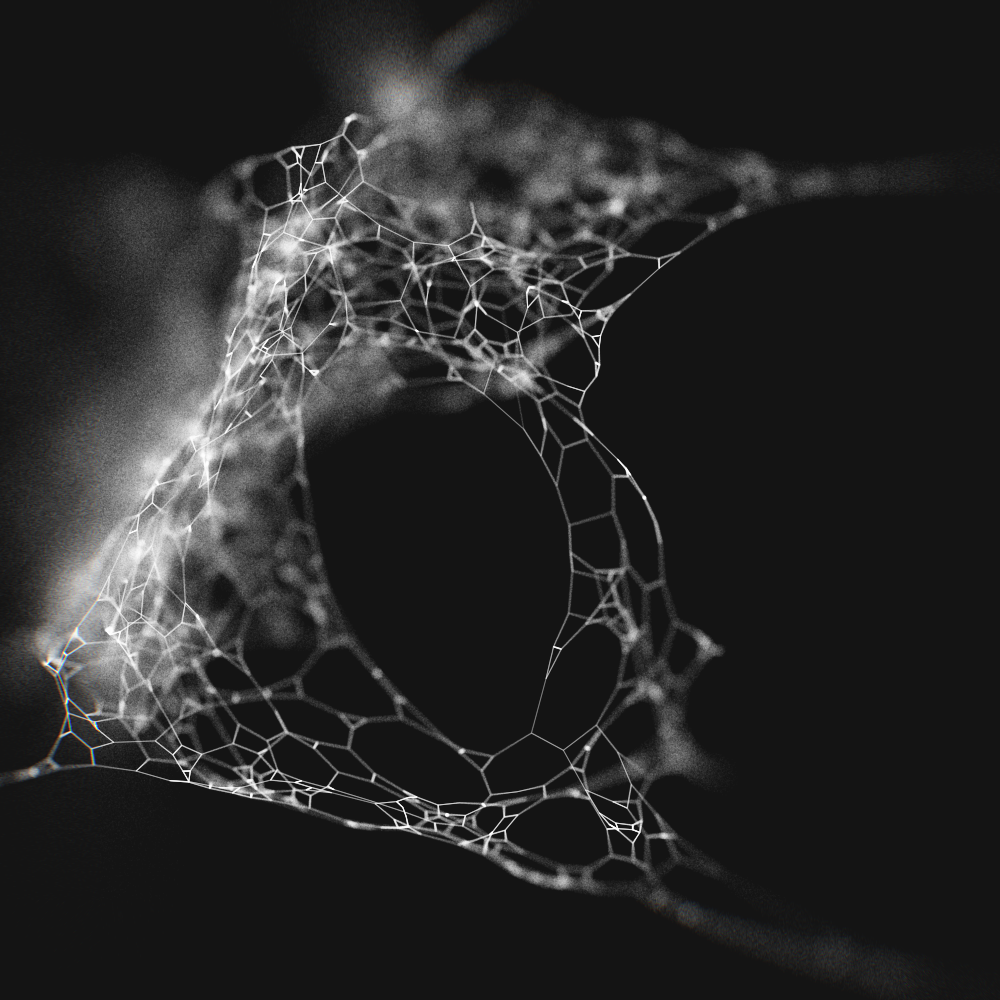 Depending on what values of r you choose, this has the effect of creating new edges between existing parts of the structure that are relatively close to each other. This tends to give the results a nice spatial variation in the density. After that, the rest of the adaptation to 3D is a matter of selecting suitable parameters.

Finally, there are several ways of rendering the results. The images you see here are rendered using a custom 3D engine written in Common Lisp. This rendering method uses orthographic projection combined with a somewhat exaggerated depth of field effect. Some of these images fall somewhere in the uncanny valley between abstract patterns and macro photographs of real cobwebs.

You can read more about the depth of field effect in the next post.