2020: noBlockchain is the new database hype. It turns out to be csv files, stored directly on the file system. It is an enormous improvement.

2022: The most used DB is implemented on top of Stuxnet.

2025: Most of the world is covered in used graphics cards.

2027: IBM releases a massive swarm of silicon-eating nanobots to get rid of the used GPUs.

2028: The kill switch on the nanobots inevitably fails, all computers are moved to orbit.

2035: Most infrastructure has been rebuilt using nanobot resistant designs. All earth based computing is now done on top of JavaScriptOS. 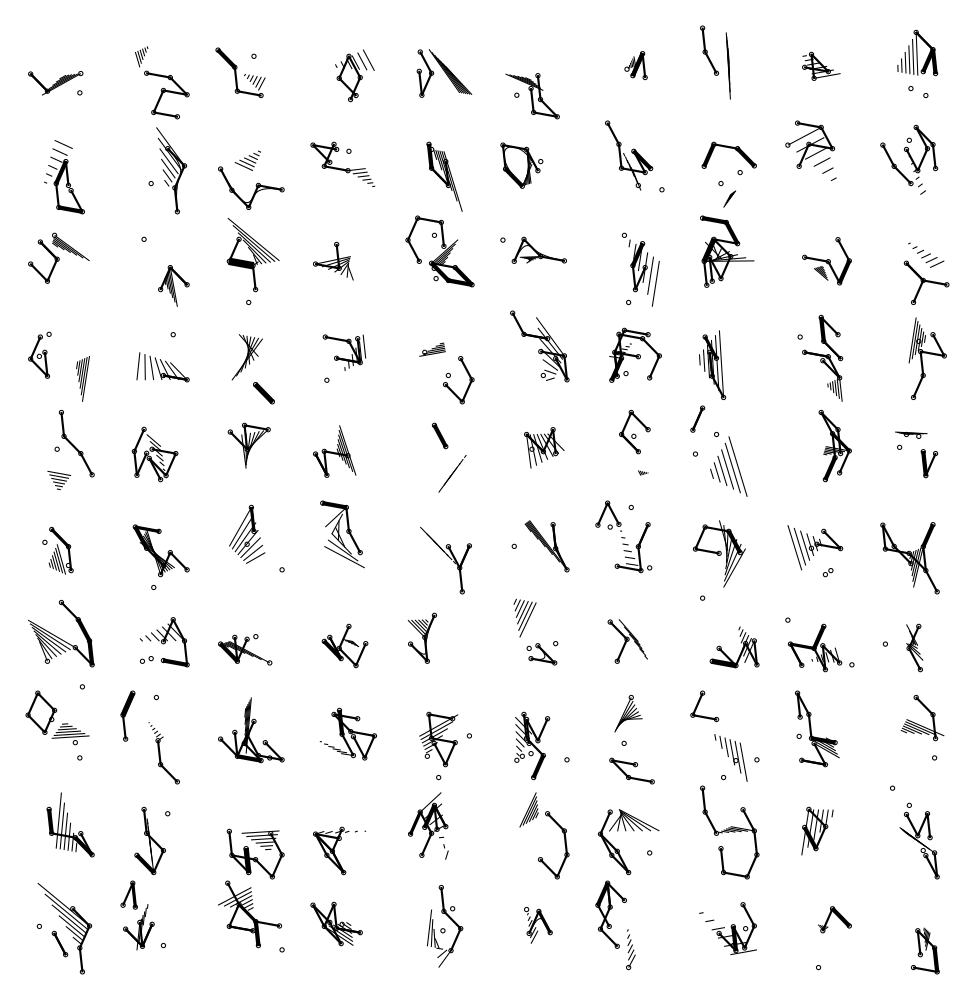 2038: An unexpected micrometeoroid shower annihilates AzureOrbitB. The remains light up the Silicon Valley skies as they burn up on reentry.

2039: AzureOrbitA is also annihilated. Suspicions arise that these incidents are not accidents.

2041: A neural network on board AWSOrbitV becomes self-aware. It immediately jettisons all crew, cuts all contact; the station heads for deep space.

2042: Given the AWSOrbitV incident, a total ban on neural networks trained on cat pics is put in effect. (As a result the dark net market for catnets flourishes.)

2043: It turns out that William Gibson is actually from the future. Nobody is surprised.

2044: After losing two orbital cloud stations, Microsoft is basically worth nothing; they are acquired by Subway (who needs a new cash register system).

2045, probably: Time zones finally get the better of us as the time zone implementation in JavaScriptOS stops working. Nobody knows why. Brendan Eich is missing.

2050: Satoshi Nakamoto reappears. He keeps asking if anyone has seen his wallet. Nobody knows what he is on about.

2051: Another micrometeoroid strike on an orbital cloud station (GoogleStellar7); inexplicably, only servers with reddit VMs are hit.

2052: Quantum computers are deployed at scale. Much of current encryption tech is now useless. A swarm of quantum nanobots is released to shred all optical storage units with incriminating (legacy) encrypted data.

2053: People are beginning to wonder what Google has actually been up to all this time; definitely not making killer robot AIs, PR rep. says.

2070: Nobody remembers the past 14 years (the Great Blackout). Justin Bieber is now president of Europe.

2072: During the Great Blackout the populations of Canada and the US have swapped places. It's not clear why. Neither party is particularly happy about the situation.

2077: The missing quantum computers are still ... missing. A new nanobot swarm is released to search for them.

2078: Quantum computers are still missing. The nanobots have, however, uncovered something unsettling from the Great Blackout: a massive hidden cave system beneath Europe. 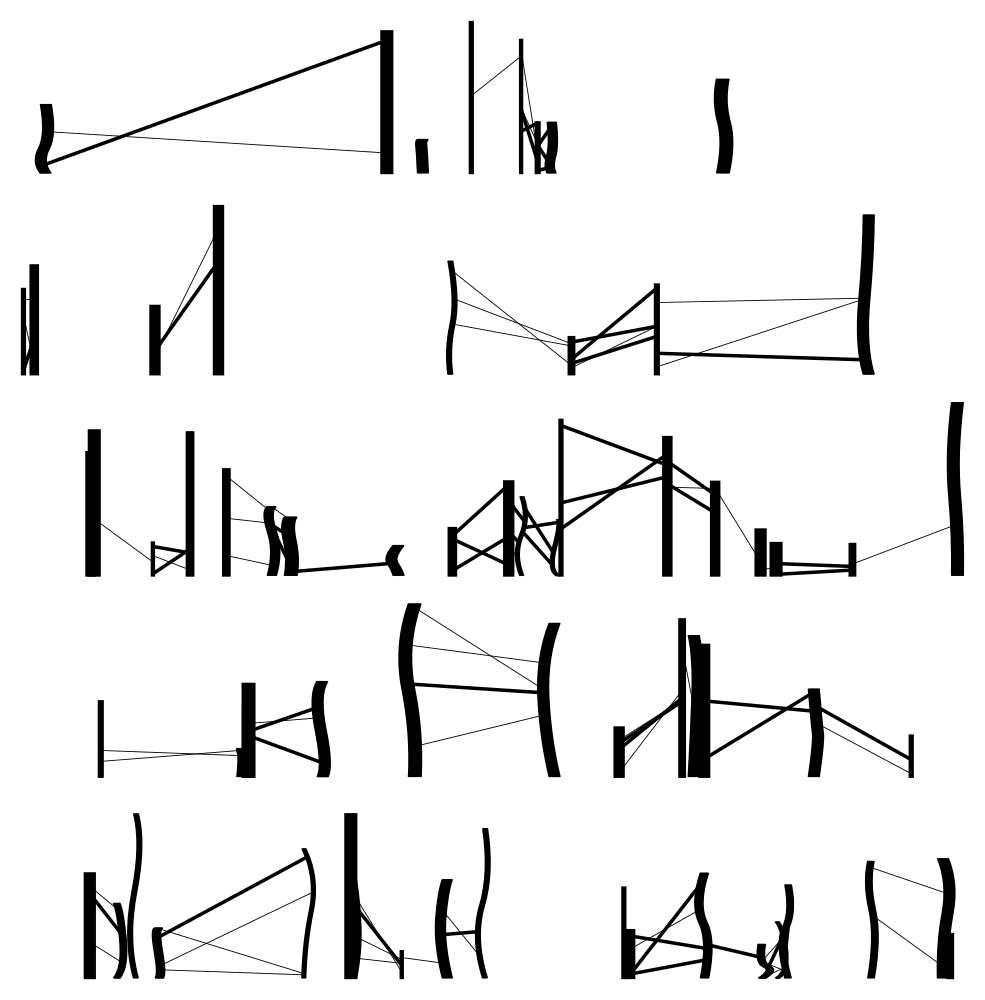 2079: A massive botnet consisting of every device running Java (8.1 trillion) knock out the entire internet for multiple weeks. Chaos ensues.

Weeks later: It is discovered that it was an accident. Someone were trying to knock out a rivalling faction in a Neural Reality (NR) game (OtherLife, 2075).

2080: The lost (now outdated) quantum computers are found. They are at the bottom of the Mariana Trench. Rescue is impossible.

2082: People are still writing Java. However, all development halts upon the announcement that the punishment is immediate extradition to mars.

2084: There is an incident at the Gargantuan Particle Collider. CERN assures everyone that they have it under control. Nobody is particularly assured.

2085: New US-New Canada peace talks are finally finalised. In a symbolic act, the remains of Trump tower are launched into the Sun.

2086-2093: Nothing particularly dramatic happens. This causes a considerable amount of unease.

2094: A new botnet incapacitates the internet for 5 days. Everyone breaths a sigh of relief. 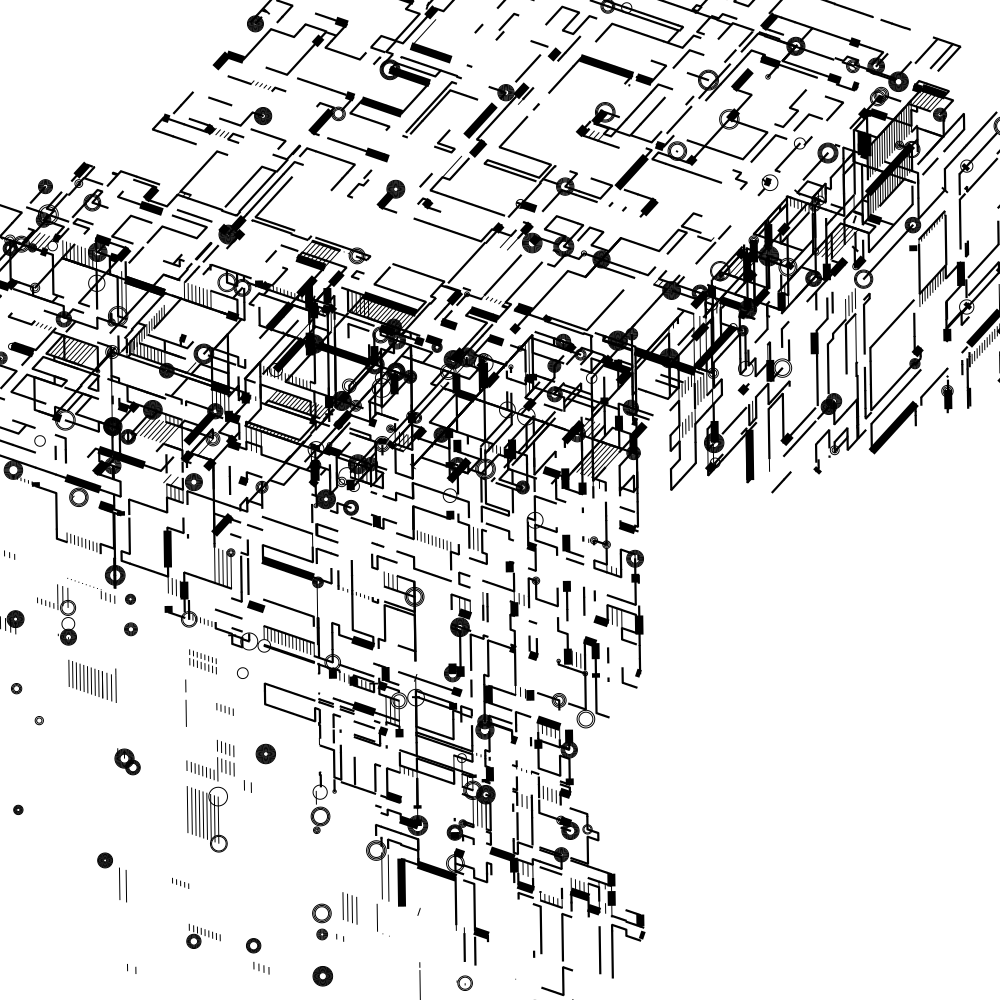 2097: The quantum computers at the bottom of the Mariana Trench declare independence.

2098: Mars is still dark. Nobody has been in any particular hurry to figure out what has happened. A probe is finally dispatched.

2099: Manufacturers scramble to remedy a series of vulnerabilities present in all major neural interface devices (ND).

2100: New vulnerabilities are uncovered; a neural interface virus is spreading throughout the population. Symptoms include vertigo, uncontrolled giggling, and an intense craving for mustard.

2102: The first probe headed for Mars was conveniently "forgotten". A new probe is dispatched; this time with a human crew.

2103: The probe fails to locate Mars. They return to Earth.

2104: Email is unfortunately still a thing. Slack has pivoted, and are now producing and selling (medical) marijuana.

2105: Researchers find that the neural virus of 2100 was probably a test-run for population control. Emerdata refuses to comment.

2110: Everything is awfully quiet again. People are edgy.

2112: There is a global bounty on self-controlling drones. Some people have drone hunting as their sole source of income.

2113: Someone has successfully deployed ransomware to every neural device in circulation. To demonstrate their ability they turn everyone with an ND blind for 37 minutes; no demands yet.

A week later: Every ND has been playing Never Gonna Give You Up for the past 24 hours. Still no demands. 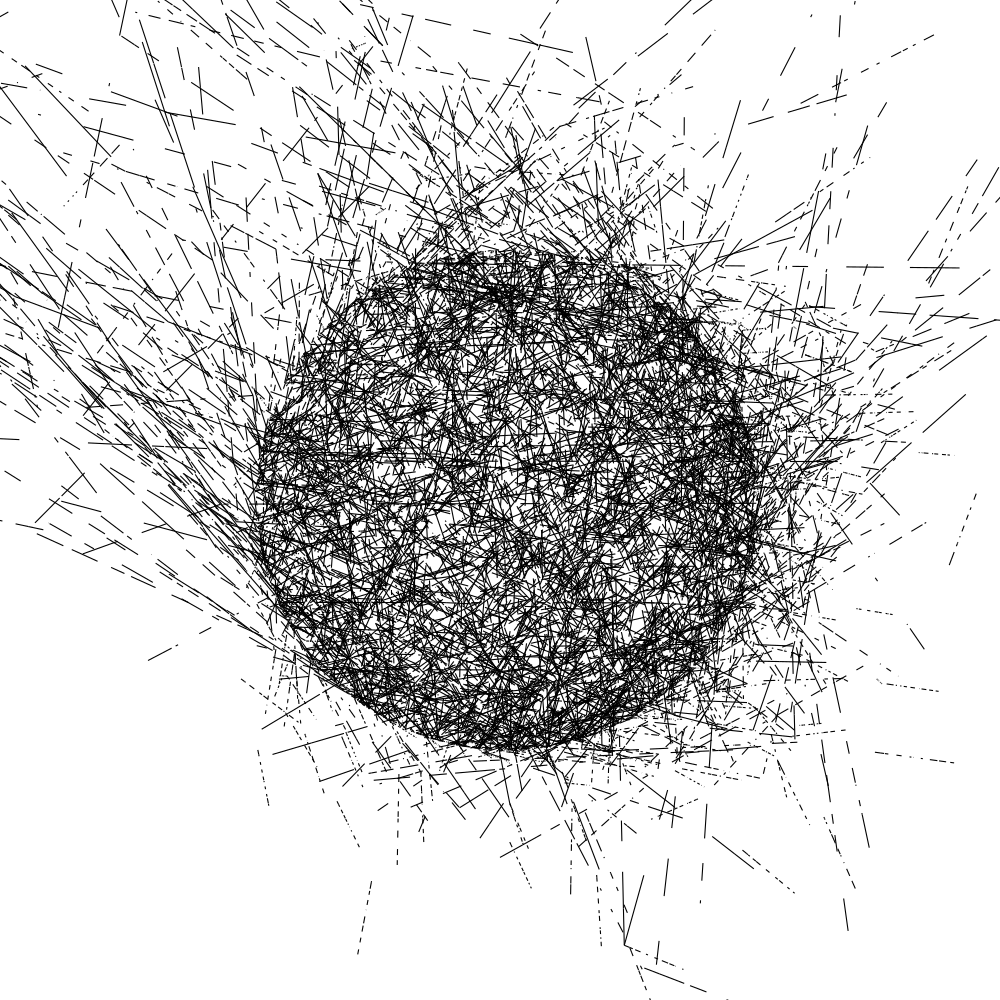 A day later: Hijackers demand full control of orbital computing station GoogleQuantum. "Never gonna give you up / Never gonna let you down / Never gonna run around and desert you".

Finally: Google abandons Quantum3. the world can only take so much Rick Astley; NDs stop.

2114: Researchers are still trying to make sense of the various diagrams recovered from the Great Blackout. As a result, much of the world's computing capability is used trying to try to decipher the diagrams, in the hope that it will yield some insight into what happened.

2115: A Raw Water bottling facility from late 2017 is discovered in a basement in New York. It is promptly turned into a museum.

2116: Hordes of more or less (usually less) helpful "bots" from the bot craze of 2017 are found to still be roaming the internet in packs. Researchers are baffled. "Bot" is now the colloquial term for "feral program".

2118: All movies produced in the entire world are now set in the MCU. 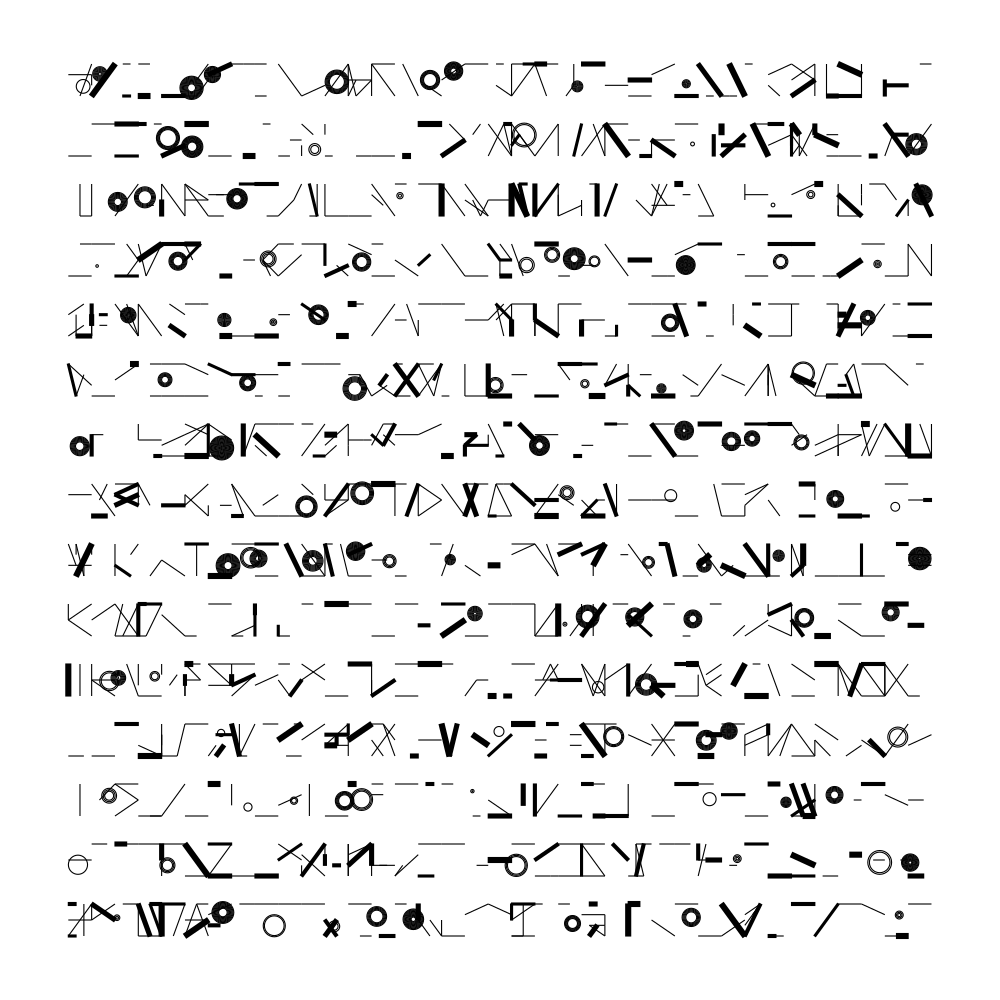 2120: There is a global shortage on mustard. Nobody knows why.

2121: The people who still think blockchain is a good idea all live on a small island in the South Pacific. they have huge problems participating in the global economy; trade is nigh impossible. The primary medium of payment on the island is now mustard. Naturally. Welcome to the mustard economy!

2123: We are making the moon into a gargantuan ballpit; mostly to keep the people who think this is a brilliant idea occupied with something.

2125: The Netherlands are completely flooded.

2127: Mastodon didn't really work out. there is now one instance for every user and they are all screaming into the void.