Lost in the Desert

Over the past few weeks I've been trying to put together a small drawing library that will behave in a way that suits my typical workflow. An important feature is that I want to be able to use the library independently of programming language. The current (fairly unstable) version of the library is available at Github. 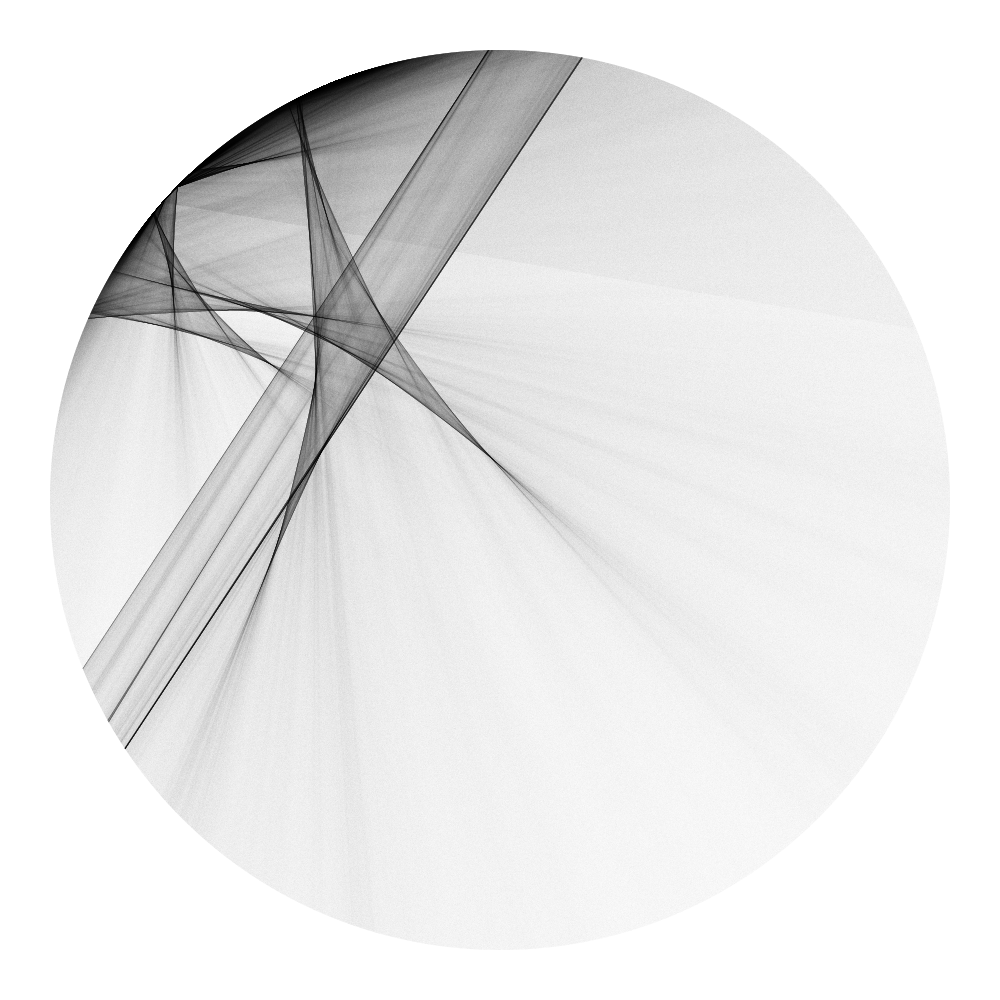 I've written about the way I usually draw things in Grains of Sand. But the brief version is that I use randomly sampled numbers to draw primitives (boxes, lines, splines, …). In order to make high resolution prints I need to do this relatively fast. And I want to be able to see the image as it is being drawn. I'm not really aware of any existing libraries or tools that will let me do this, so here I am ...

I've decided to try a model where I have a message queue, and a worker that draws whatever commands (JSON objects) are sent to the queue (Redis). The tool is written in Python, but because of this architecture you will be able to use it from from any environment. As long as you are able to construct JSON, and post the objects to the queue.

The library consists of two parts. The drawing library is called "Desert". Desert handles the drawing, displaying and saving. It uses CUDA to speed up the crucial bits. It's not blazing fast yet, but it seems promising.

To give you an idea of what it looks like, here is the Python code used to draw the above image :

If you want to send commands to the message queue instead, the code is almost identical, but instead of creating a Desert instance, you create an Erosion instance.