After publishing a few Sand Creatures result several people suggested I try to make font. I haven't actually tried to do this yet, but I have tried various methods of making a cursive-like script by concatenating multiple sand creatures from the previous section. As you can see below, even very simple combinations of sand creatures can produce rather pleasing asemic writing.

To get an idea of how it works, you can look at the image below, where the control points are highlighted. 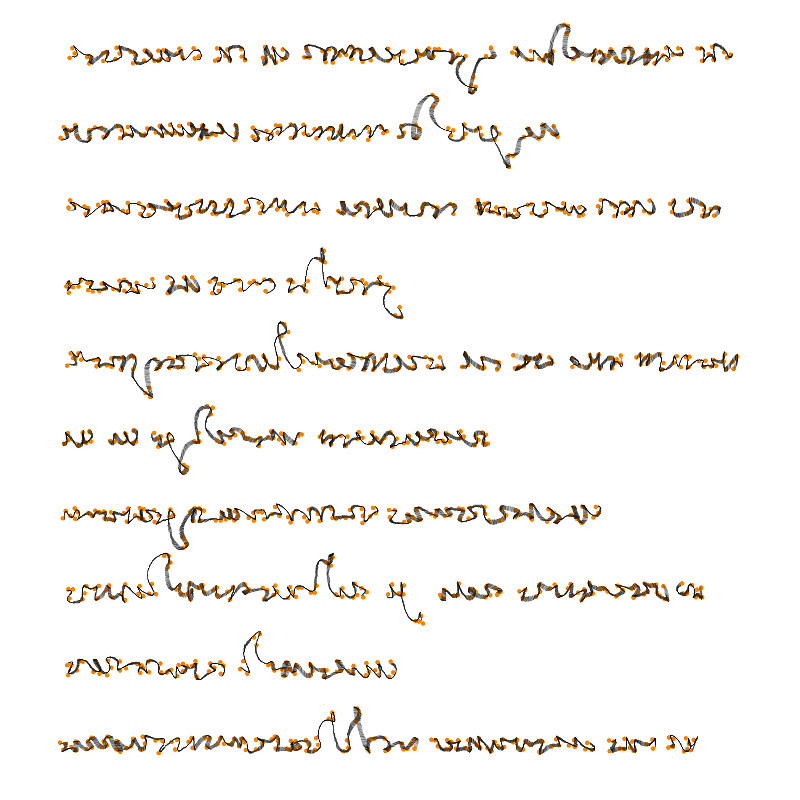 There are a number of things to play around with even in this simple configuration:

Not to mention that all of these things assume a left-to-right, more or less Latin-like, cursive script.

You probably get the idea: there are a lot of variations to try. Below is an example of one of the configurations that I have been the most happy with so far. 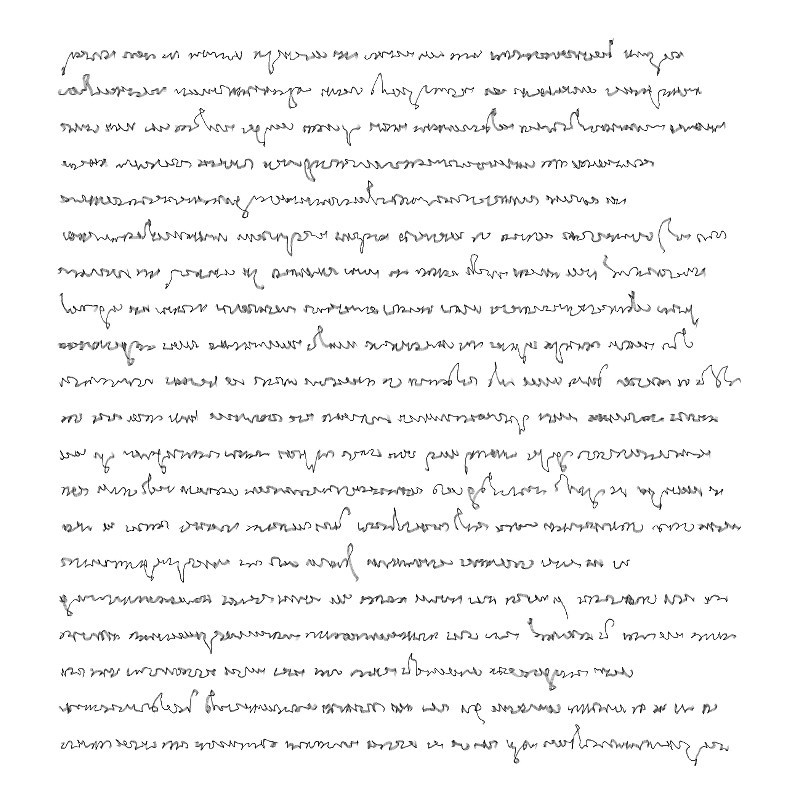 I could go on and post a whole lot of different versions. If you are interested in seeing some of them I suggest you have a look at this twitter thread. It contains various results I have posted when working on the algorithm. There is also this video of my plotter writing out some of the script.

Finally I'd like to direct your attention to Lettres de ma mère by pioneering computer artist Vera Molnár.

Sand Creatures Not a Conclusion