When working on Sand Spline I got a few intermediary results that reminded me of cursive hand writing. Instead of directly attempting to make something that looked like writing, I started playing with generating small "Sand Creatures".

I tried a few different things, but what produced the most pleasing results was the following procedure: 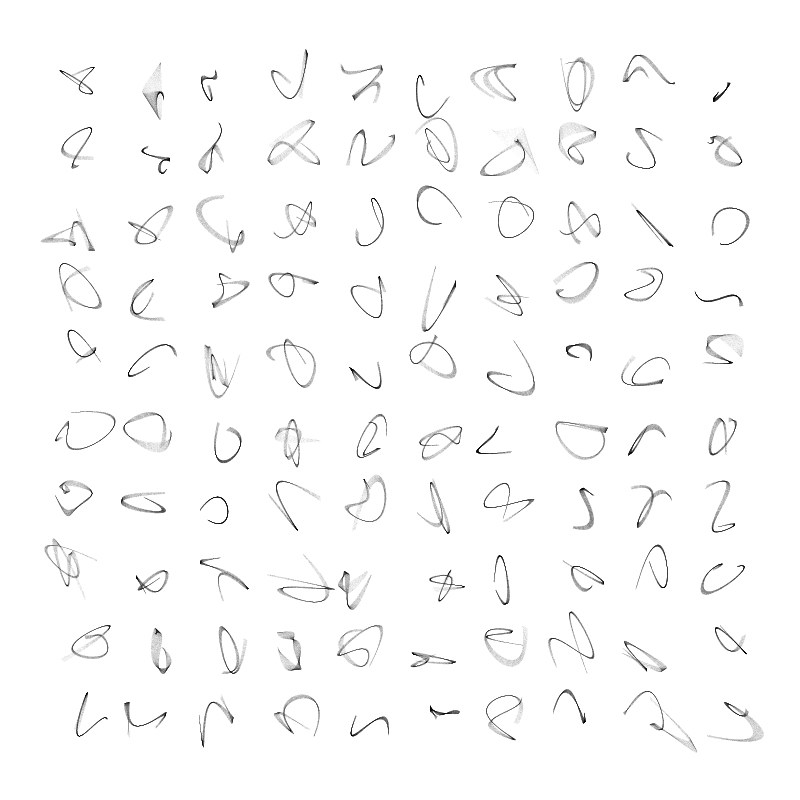 In order to add some texture to the shapes I make another spline by cloning the first set of control points, and offsetting all of them slightly at random. Then I use the previosly mentioned sandstroke technique to draw straight lines between equally-spaced points on the two splines. This way you get a nice grainy feeling to the "creatures".

With a few changes you can also get quite different results, like the example below. 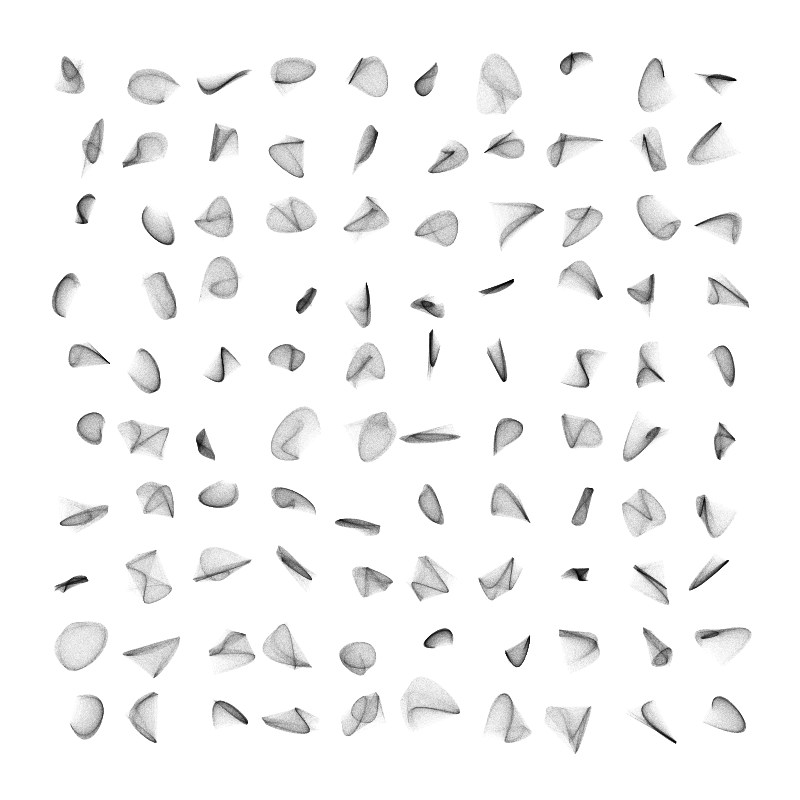 The texture on these images would come out much better in a large print. Unfortunately, such a print is not available at the moment. Instead you may want to have a look at this image of higher resolution, before you move on to the next section.