Some thoughts on Generative Art

The following is a combination of segments from a few different talks I've given . It touches briefly on the history of generative art, as well as some of my experience with it.

If you are looking for a comprehensive introduction to generative art, you will unfortunately have to keep looking, but I want to mention some things I wish I had been aware of earlier. 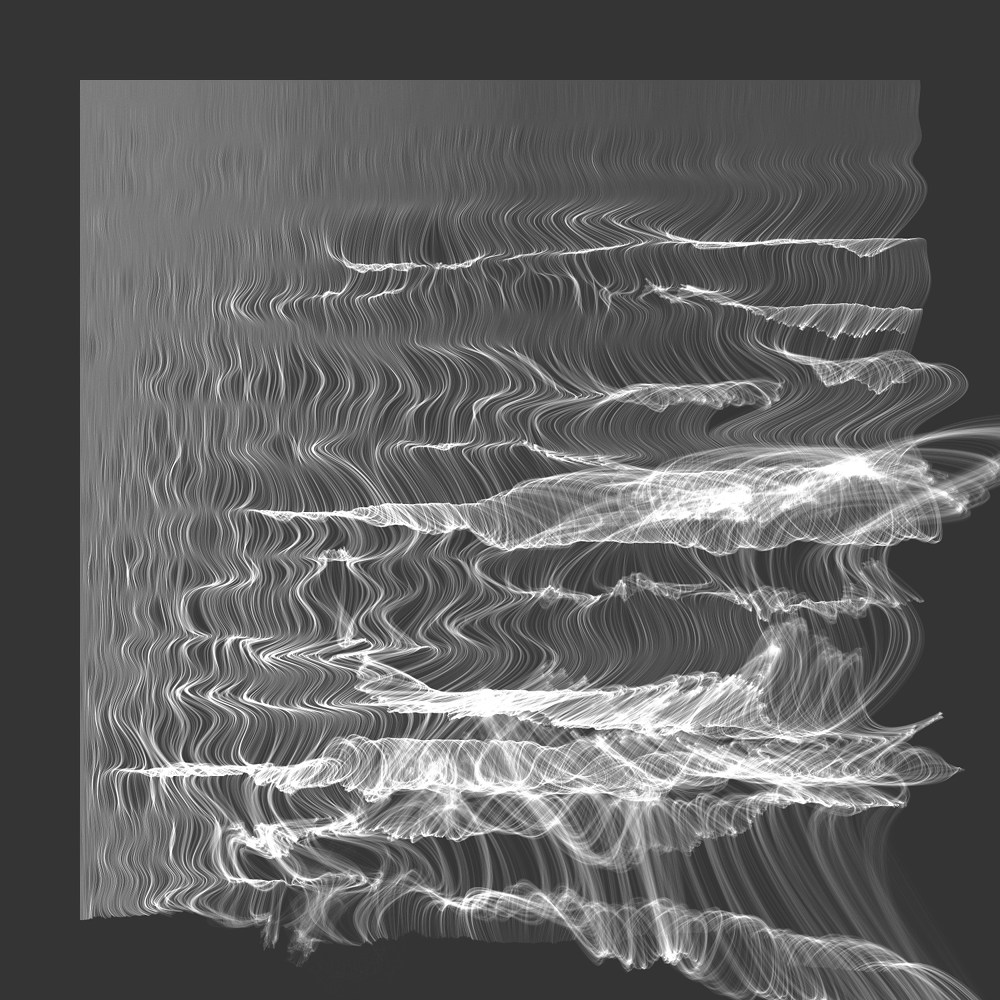 According to Wikipedia, generative art is made by a process that has some level of autonomy. The role of the artist is to design or influence this process to some degree. This process can be any number of things, and as such it is not limited to the digital realm. It can just as easily be a system driven by a chemical reaction. Or a set of rules for coloring in a checkered sheet of paper.

When I use the word generative I tend to mean that some kind of randomness is involved, however I do not believe this to be a requirement . I have little interest in a strict definition of these terms, so instead I will just mention that there are several terms that seem to be used be people who work within different disciplines. Often they refer to a set of intersecting ideas . This includes, but is not limited to:

In some sense I would argue that it does not really matter whether you are generating characters, dialogue or environments for a computer game, geometry as part of a building, digital or analogue art, a musical composition, or a poem. In all cases you are using a system of some kind to help you along. Either towards a specific goal, some unidentified result, or somewhere in-between.

To me the main point is usually to experiment with a small system that consists of a set of relatively simple rules. Sometimes the goal is to recreate a particular behaviour—for instance a biological process or some other natural phenomena—sometimes not.

My process is usually highly experimental. And while there is usually some kind of underlying goal there is not always any interest on my part in actually reaching that particular goal. I might be just as happy to discover some unexpected behaviour and explore that instead. Overall this means that the process is continuous, exploratory, and never really complete. Naturally this process has also changed quite a lot over time. 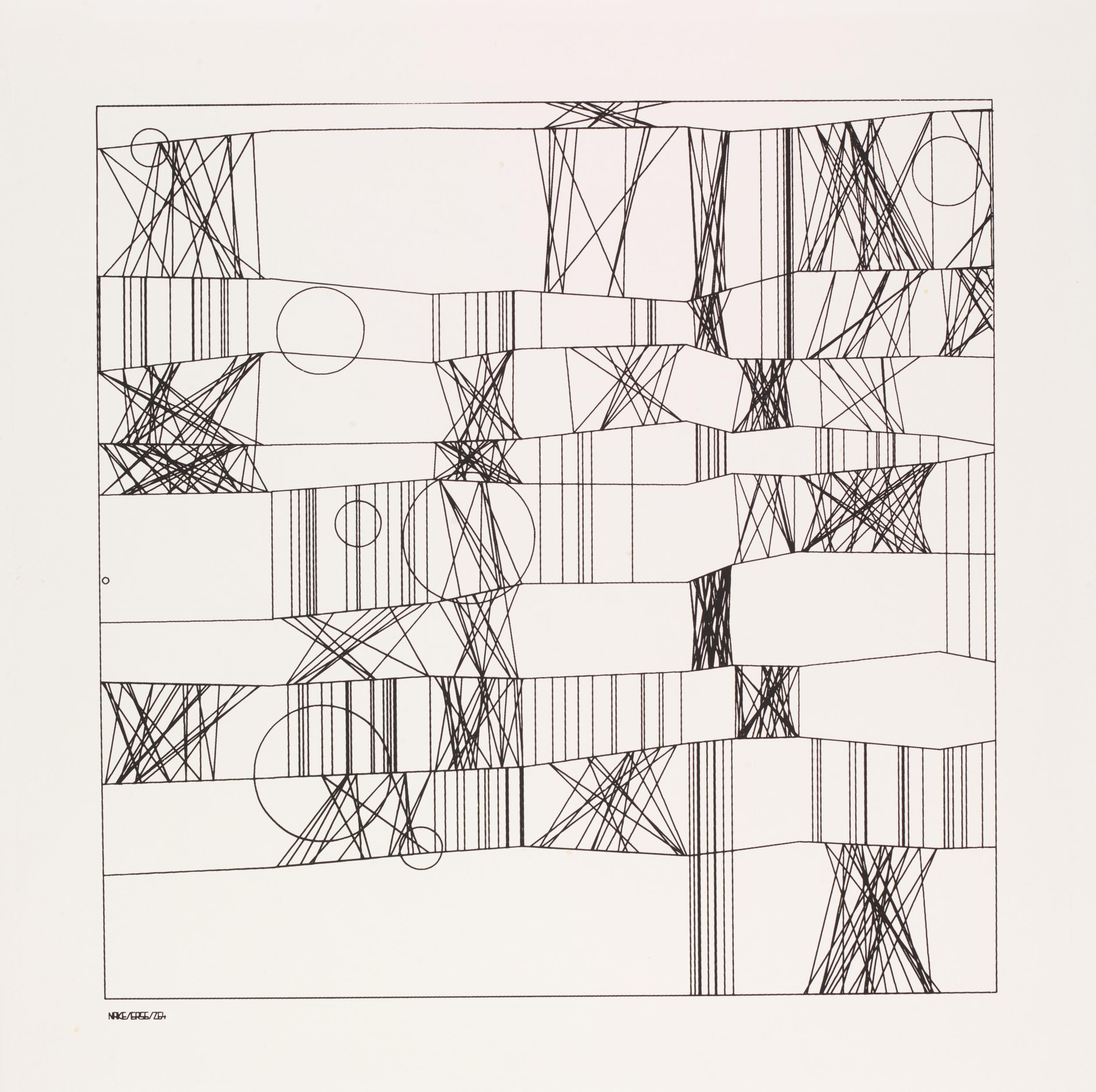 At this point I have had some kind of interest in generative art for at least ~ 7 years . I started working actively on it when I was at university, but really it started before that.

When I was about 16 I spent a year as an exchange student in Australia. At some point I came across complexification.net by Jared Tarbell. At the time I didn't really know enough about programming to realise how it was done, or how to get started. As a result I mostly just spent a whole lot of time looking at the various animations. Then I gradually forgot about the site.

I'm not sure what reminded me of the site again, but I had learnt quite a lot of programming, so I started experimenting. Seeing as I was studying physics and numerical mathematics it turned out I had a pretty good foundation for this kind of programming. However, because I was studying numerical mathematics I almost felt obliged to model some kind of real thing. Recently I've started to realise that there is no particular reason why I should impose this limitation on my work.

I got into generative art as a distraction at university, but people have been doing this for far longer. Among the people frequently credited with being part of the advent of computer art is Frieder Nake. Two others include Michael Noll and Georg Nees.

Unbeknownst to each other these people had started making computer generated plotter drawings based on randomness and/or rules in 1963-64. Then, in 1965, followed three separate exhibitions: Georg Nees exhibited work in Stuttgart in February, Noll and Béla Julesz had an exhibition in New York City in April, and finally, Nake and Nees exhibited work in Stuttgart in November. If you would like a more authentic introduction to this history I can not recommend Frieder Nake's talk from Eyeo 2014 enough. 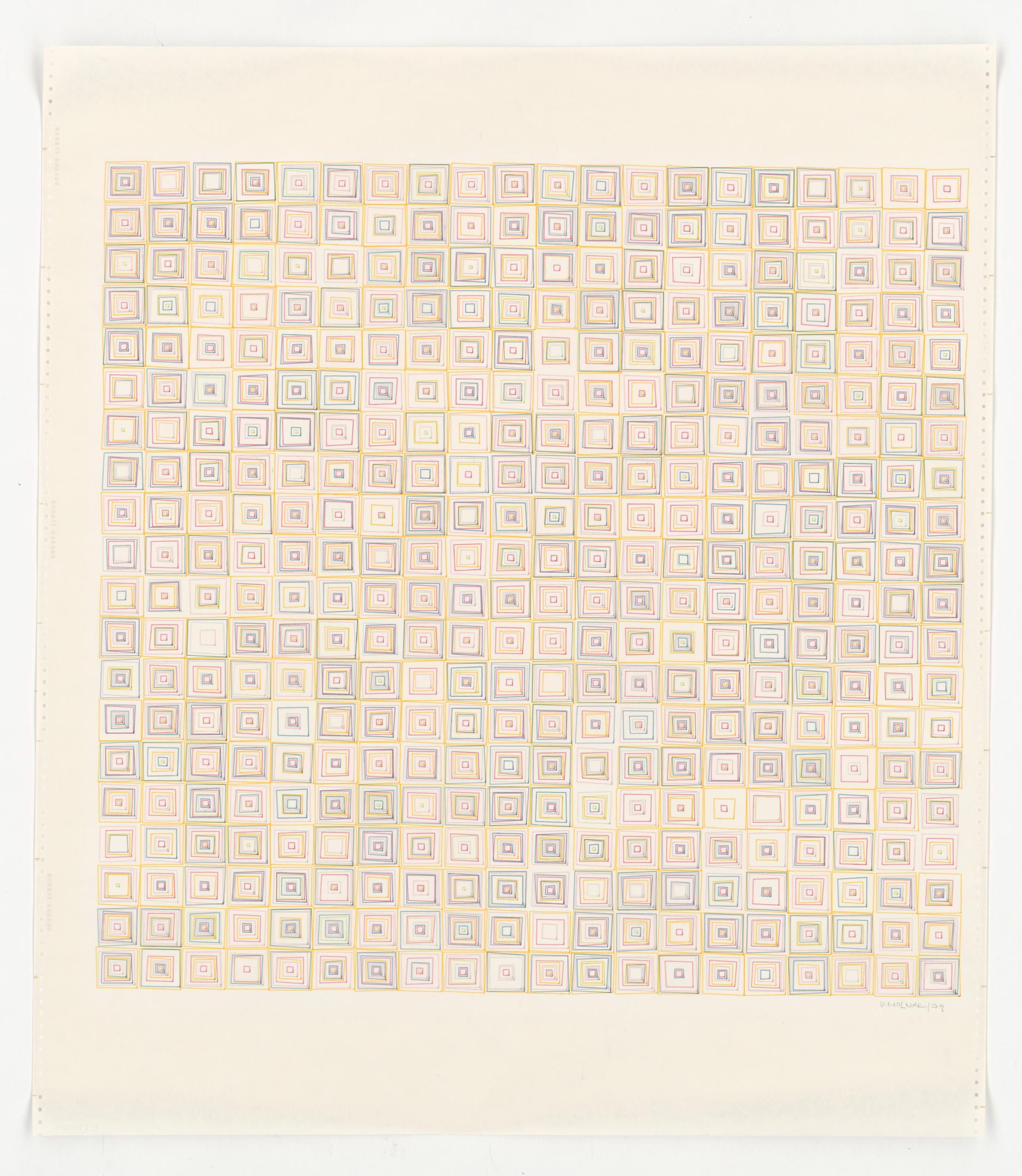 There are two other people who's work I also find thoroughly captivating. One is pioneering artist Vera Molnár, who began producing computer art in 1968. The other one is Manfred Mohr, an action painter and jazz musician, who started working with computers in 1969. 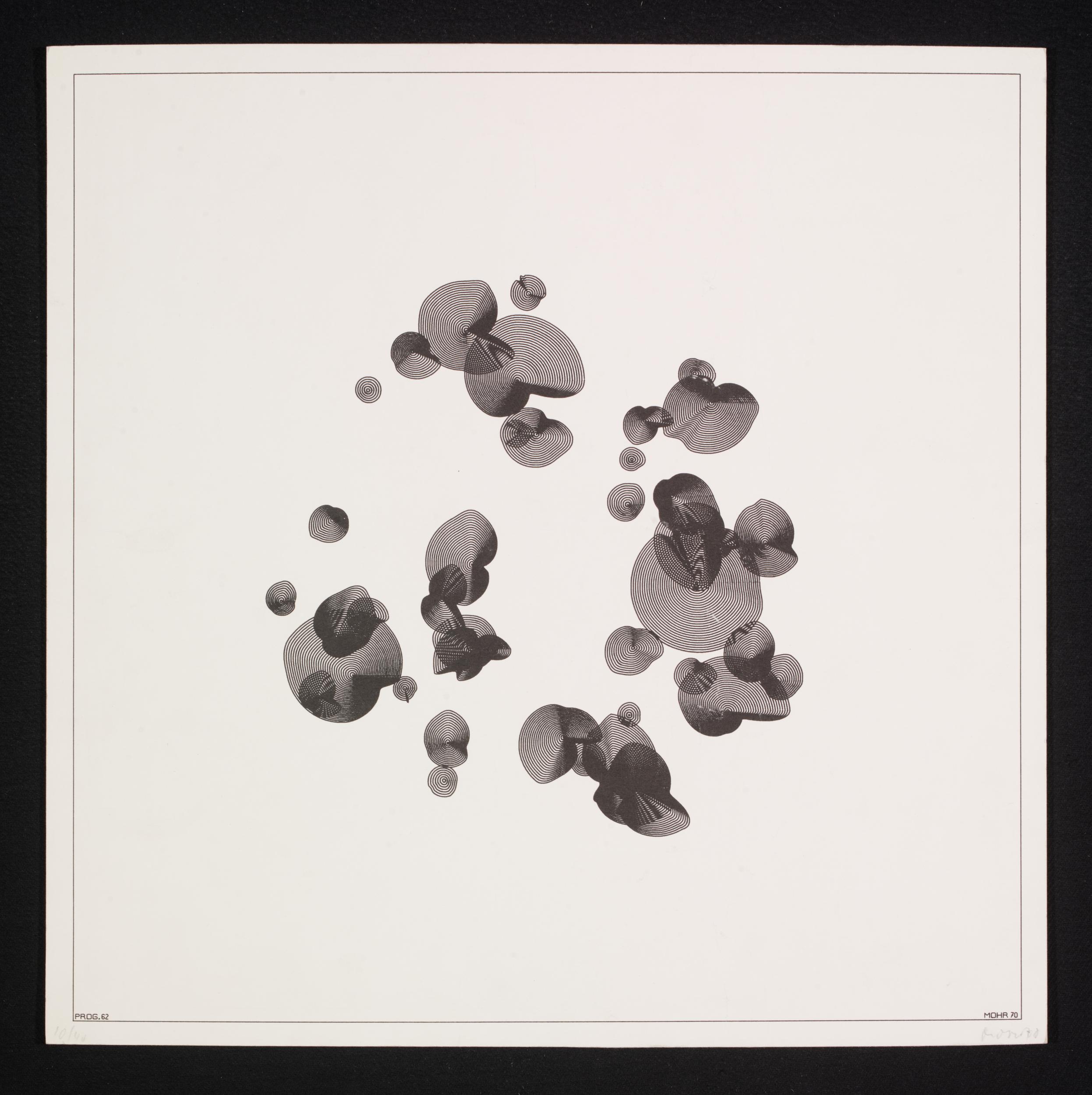 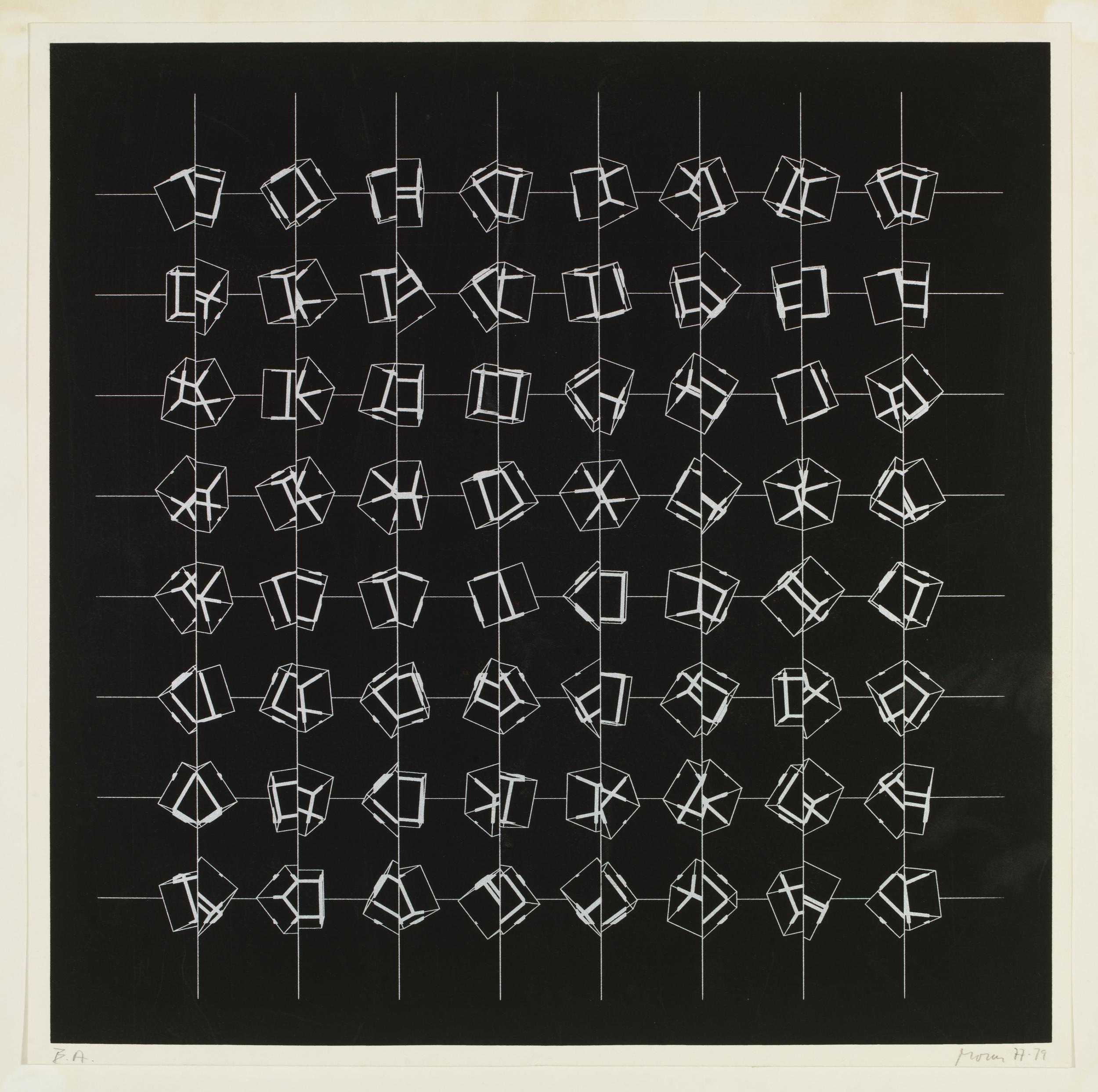 Looking at these old works is quite stunning. In some ways They are rather minimalistic. It's easy to be tricked into believing that this is because there is a limit to what you can do with punch cards and plotter. However, this minimalism is an excellent way to let you really pay attention to the intricacies of the algorithms behind it. You can clearly see that there is some sort of pattern there, but the details are not at all obvious.

Instead of trying to tell you how they are done, I'm simply going to say that while we might have better tools, and more processing power today, that does not automatically mean we can make better (generative) art.

If you are interested in my process and work in particular you could have a look at another text I've written: On Generative Algorithms.